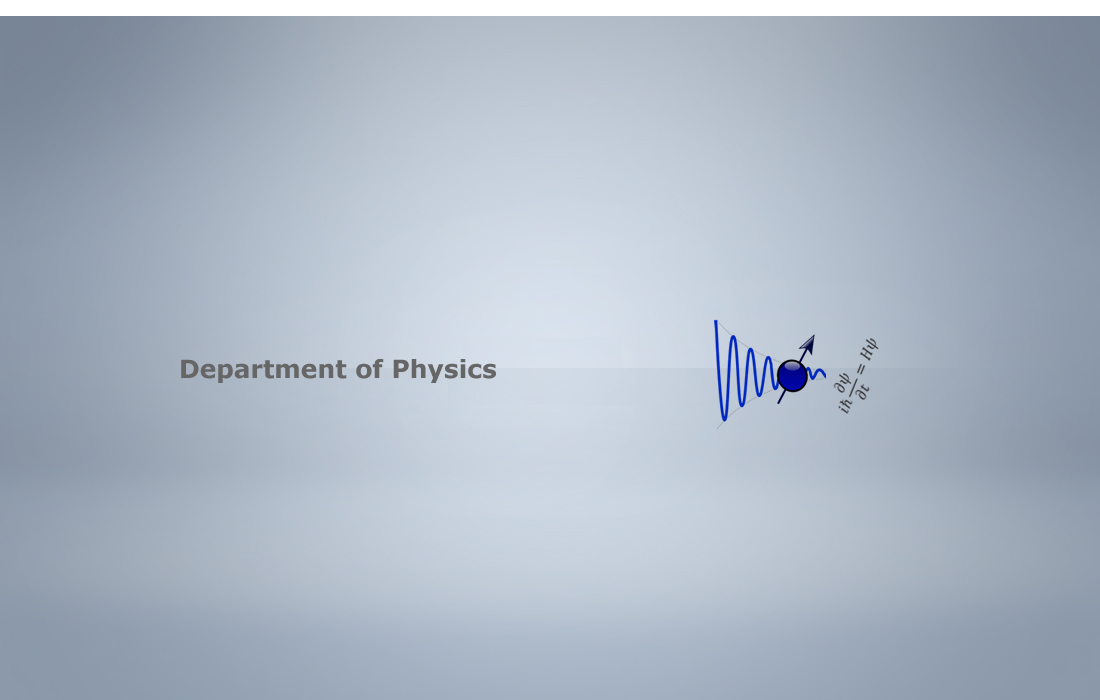 The Department of Physics is a teaching/ research department of the Quaid-i-Azam University (QAU), Islamabad. It offers courses leading to BS, M.Phil. and Ph.D. degrees. The department was established in 1966 as the Institute of Physics and was located then in Rawalpindi. Founding Director of the Institute was the eminent particle theorist Prof. Riazuddin. The department initially offered only M. Phil. and Ph.D. degrees and after shifting to the present QAU campus in 1972 the M.Sc. program was initiated. The BS program is started during 2013.

In the initial stage of its development, the department benefitted strong support from various international programs and institutions such as Abdus Salam International Center for Theoretical Physics (ASICTP), Trieste (Italy), International Program in the Physical Sciences (IPPS) Uppsala (Sweden) and the DAAD Program (Germany). At a later stage expansion of experimental facilities took place through the Japanese Aid program 1986-87. In recent years the Higher Education Commission (Government of Pakistan) has been the primary source of expansion and support of our research facilities and activities.

While in the initial period the major activity in the department was in the area of theoretical particle physics, since 1986-87 the department has launched a strong experimental research program in a number of areas of physics. The department lays stress on colloquia and seminars in which, apart from the faculty, participation from the research students is encouraged. Scientists and experts from various organizations and institutions outside the university are also invited. The faculty members and research students get opportunities to attend the national and international conferences. In addition the department itself has organized several national conferences and regional workshops.